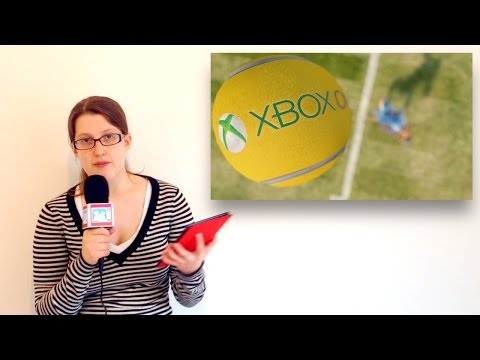 The definitive source of family gaming news and advice, along with the top selling games by age group.

Angry Birds Epic
In last week’s news, we spoke about the teaser for a new Angry Birds game. We now have more details on Angry Birds Epic, which is not just traditional Angry Birds in a medieval setting but an adventure role-playing game. We have some footage of Wes trying the game if you want to check out what it’s like — we’ll include a link in the description below.

Roller Coaster Tycoon
Another surprising new mobile game announcement comes from Atari, with news that popular franchise RollerCoaster Tycoon, the first of which launched for PC in the late 90s, is coming to mobile. The trailer for RollerCoaster Tycoon 4 Mobile invites players to “build the ultimate amusement park”, “invite your friends”, and “top the leaderboards online”.

Gauntlet
Parents may remember Gauntlet as a four-player coin-operated arcade game from when they were younger. It’s coming back soon, this time as a top-down dungeon brawler.

Kinect Sports Rivals Hands-On
One brand-new game that we’ve had a look at is Kinect Sports Rivals, coming soon from Rare which Andy was able to check out at the studio in Twycross. This game is important because it will be the first to make really good use of the Kinect that comes bundled with every Xbox One console.

Wii U Sports Club Free
Keeping on the subject of sports, Wii U owners in the US will be able to play Wii Sports Club for free this weekend, from the 21st to the 23rd of March. Nintendo of America Tweeted the news, but we’ve heard nothing from Nintendo UK. However, those of us in the UK do get the free update that brings new golf courses to the game, specifically “9 classic holes from Wii Sports Resort”.

Here’s our coverage of these games:


Skylanders
One of Swords interviewed Toys for Bob co-founder Paul Reiche. While Reiche doesn’t give away many specific details, it seems like that’s not only because he’s been told to keep quiet — he talks about wanting to preserve the surprise. What he does confirm is that the game will come with a new line of characters, which he says will be “the best we’ve done — not only in terms of the cool characters and their powers, but the toys”.
http://www.oneofswords.com/community/1os/blog/2014/03/13/interview-with-toys-for-bob-co-founder-paul-reiche-about-all-things-skylanders

Disney Infinity
Fansite “Disney Infinity Fans” has apparently found a way to play the game as Perry the Platypus rather than as his secret identity Agent P, which is how the figurine (and thus in-game character) comes.

Minecraft
There’s not much news from the Minecraft teams this week, as it seems most of them are at the Game Developers Conference in San Francisco, but there is a new snapshot for the PC version. 14w11b changes the minecart physics, apparently makes the furnace minecart “actually useful”, improves the mob AI, and includes “some surprises”.

On the console side of things, 4J Studios has Tweeted that they plan to release one or two texture packs for the PS3 version of the game at the same time as Title Update 14.

.@CrisCudi98 @CalebParker44 We're aiming to release one or two PS3 texture packs at the same time as the TU14 update for PS3