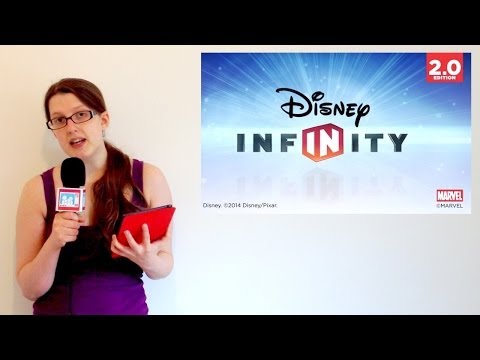 SKYLANDERS AND DISNEY INFINITY
The big news this week is that Activision and Disney have both broken their silence. Activision sent us a fancy invitation — so fancy that it impressed the families we showed it to and even distracted the kids from Minecraft — to a big Skylanders event in the UK on April 22. Interestingly,the US event in New York doesn’t take place until April 23,so we’ll be the first to hear about “the latest innovation from the franchise that created the toys-to-life category”. What do you think will be the big new feature for the next entry in the Skylanders franchise?

Disney has also invited us to their event,which takes place exactly one week after the New York Skylanders event,on April 30th in Hollywood. Given that the Chief Creative Officer for Marvel will be there,it’s likely Marvel — which Disney owns — will play a big part in this announcement. Recently,Marvel released a teaser trailer on its YouTube channel that showed Captain America’s shield flying through the Disney Infinity world and ended with “Disney Infinity 2.0 at the top of the screen”,so this seems likely to be a full sequel with a particular focus on Marvel characters. What other Disney brands would you like to see in a Disney Infinity game? Maybe next time we’ll get a Star Wars version.

Fansite SimsVIP has spotted that the June issue of The Sims Official Magazine in Germany will have a big The Sims 4 cover story. The issue is due out on June 13th,so info should start to appear online soon after the first fans get their hands on it. For now,you can at least see some more The Sims 4 screenshots if you check out the slides for another talk from this year’s Game Developers Conference.

On a Reddit thread to accompany a live-streamed panel from the Minecraft: Pocket Edition team (to celebrate selling more than 20 million copies of the game),one of the developers has said that they hope the big 0.9.0 update will be out in May but that it may not be ready until June.

MC:PE has sold over 20 million copies (actually, over 21M), so we're going to have a live broadcast on Monday: https://t.co/5p38eaIaqm

Amazon has announced a set-top box called the Amazon Fire TV,described as a “Streaming 1080p media player with voice search,Netflix,Amazon Prime Instant video,games,and more”. Among the games already announced are The Walking Dead,Monsters University,and Minecraft: Pocket Edition. The Fire TV is not out yet in the UK but is available in the US for $99. Is it worth it to have one place for all your streaming services?

Last year,Sony announced its own alternative to the popular Nintendogs games called PlayStation Pets,from the development team behind EyePet. It has pet sim features but also an adventure,and the dogs talk. A recent blog post on the PlayStation website expands on the more game-like aspects like using your dog to find buried treasure and gives a release date: 4th June. Those who can’t wait might be interested in the PlayStation Vita Pets: Puppy Parlour app,which is available now for Android and will be on iOS soon,and allows you to unlock costumes for the main game. How do you feel about talking dogs?

World of Warcraft creator Blizzard Entertainment has just released a mobile version of its collectable card game Hearthstone: Heroes of Warcraft. If you already have the PC version,your cards and progress are linked to your account and so shared across versions. Check out our channel for a Let’s Play of the iPad version. Blizzard also recently announced that all versions of the game will be getting a single-player campaign called “Curse of Naxxramas”. There’s no release date yet,but we do know that the first chapter will be released for free,and then the rest can be bought for either in-game gold or real money. Playing the adventure will allow you to unlock more of the collectable cards.

A Transformers fan site called TFW2005 seems to have come across a poster with info on upcoming Transformers games. Among them is a Transformers version of Angry Birds Go!. Wes shared hints that suggested this in a video from January this year,with evidence of Transformers Telepods.