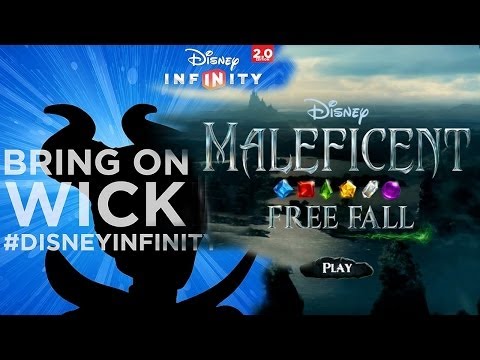 We take a look at the new Disney Maleficent Freefall app and come up with an idea as to the release date of the new Maleficent character for Disney Infinity.

As Disney have said that these characters will all be backwards compatible it would make sense for them to release the figure alongside the film on the 30th May.

Time will tell whether our theory is spot on or whether we will have to wait until Disney Infinity 2.0 is launched. But it seems likely that this will come before then.

In support of the release of Disney’s live action movie, Maleficent, Disney are releasing a new version of Free Fall with a Maleficent theme. Fans of Frozen Free Fall will be familiar with the match three gameplay on offer here in this free app, supported by in-app purchases. In this video we’ll dip into the basic mechanics of the game, see how it compares to Frozen Free Fall and talk about other Maleficent tie in opportunities for Disney, specifically the confirmation of her inclusion in Disney Infinity 2.0.