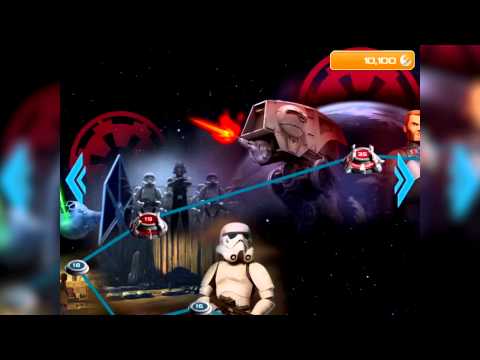 Based on the popular TV show, Star Wars Rebels: Recon Missions, is the latest Star Wars game to land in appstores worldwide. Featuring all your favourite Rebels characters, Recon Missions is a 2D action platform game. Although it appears to be a free game, Recon Missions only provides the first four levels for free, with 30 more available as an in-app purchase, effectively making the base game a demo to give you a taste of the action.

In the first four levels you’ll get to take control of Ezra Bridger, fighting Stormtroopers, dodging Tie Fighters and driving a AT-MP in your struggle against the evil empire. Once you’ve bought the full game you’ll be able to get access to a wider array of levels and more features with which you can customise you rebel haven. Playing as Ezra’s Jedi Master, Kanan Jarrus brings with it access to his lightsaber, while the explosive artist Sabine Wren comes armed with twin-blasters.