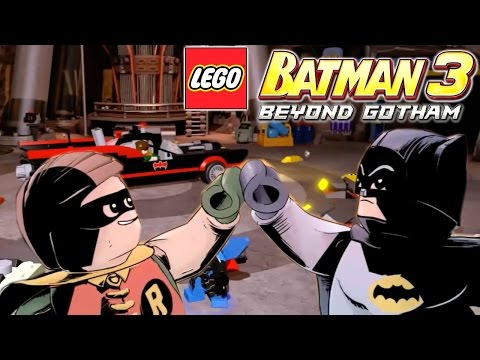 TTGames Game Director, Arthur Parsons, talks to us here at Family Gamer TV about the upcoming release of Lego Batman 3: Beyond Gotham. For grown up fans of the Lego Games, perhaps one of the most exciting parts of Lego Batman 3, is the inclusion of a 1960s level and the voice work of Adam West, who joins the game to voice Batman and a couple of other characters he’s been involved with over the years.

Growing up with 1960s Batman you can see the love that TTGames have poured into this section of the game, bringing in the classic versions of the characters, with unique animations and superhero powers, plus the inclusion of many other elements that made the show so unique in Batman history. It seems apt that we should get such a celebration of so many varied versions of Batman in Batman’s 75th Anniversary Year.