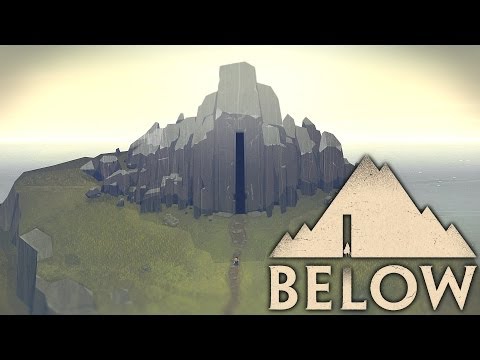 Developer Capybara Games talks us through their new game Below at E3’s Indie Cade.

“Below is a game about exploration, survival and discovery. You play as a tiny wanderer arriving at an island with no explanation of what you are doing. You as the player have to explore every element of it while you try to survive with your sword and shield.”

“All of the dungeons are procedurally generated, it’s super hardcore but fair in the combat. It’s also a game about secrets and mystery and exploring all that.”

“You are weak and meager and small and insignificant but you are also nimble and you can move well. We care just as much about art and style as we do about input and controls.”

“I believe that the stuff worth making has that interaction of sound and art, creating a tone and atmosphere rather than just relying on button pressing. Game culture is as much about aesthetics and music and narrative as it is about running along and jumping on the heads of turtles.”

Clearly the Roguelike adventure style offers a strong personal connection to the developer here. “We have a very clear goal, to make our own Roguelike adventure where you are fighting against monsters, while at the same time [ the game is] looking and sounding different.”

Below will be available on PC by Steam and Xbox One.