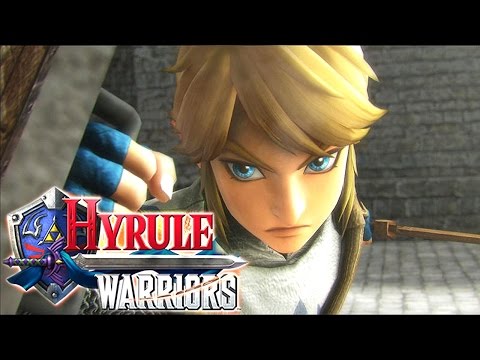 We get hands on with Hyrule Warriors for Wii U. Our Nintendo guide talks through the different in game guides, advance and mission givers. The game combines a variety of battling play styles.

Official blurb:
“Cut down entire legions of enemies as Link, Zelda, Midna and other characters from The Legend of Zelda franchise using over-the-top powerful Dynasty Warriors-style moves. This tour de force through the beloved locales of Hyrule will have players battling some of the fiercest enemies in The Legend of Zelda history. Two players can play local co-op, with one player joining with the Wii U GamePad controller and another with the Wii U Pro Controller or Wii Remote + Nunchuk controllers (additional accessories are sold separately).”