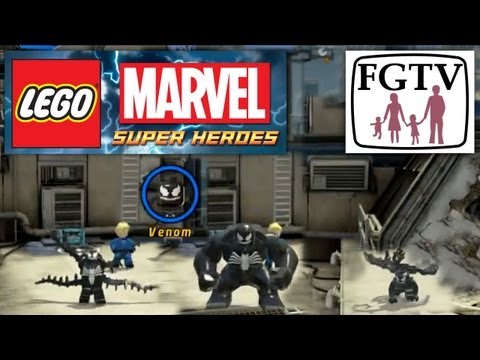 After news of the Venom Big Fig at Eurogamer I caught up with Arthur Parsons, Game Director. We talk through the new characters revealed for LEGO Marvel Super Heroes. He confirmed they have 150 characters in the game from the comics.
At a previous developer session Parsons confirmed the Venom Big Fig transformation after a campaign online for this version of the character. He also talked through Carnage, Emma Frost, Squirrel Girl, Ms Marvel, Jean Grey, Cyclops, Dr Octopus, Magneto, Loki, Ice Man, Whiplash, Ghost Rider, Curt Connors.
We talked versions of the game, Wii U, 360, Xbox One, PS3, PS4, Vita, DS, 3DS but not on the Wii this time. I ask Parsons why this is the case and he confirms it’s how they have to move on to the next generation machines.