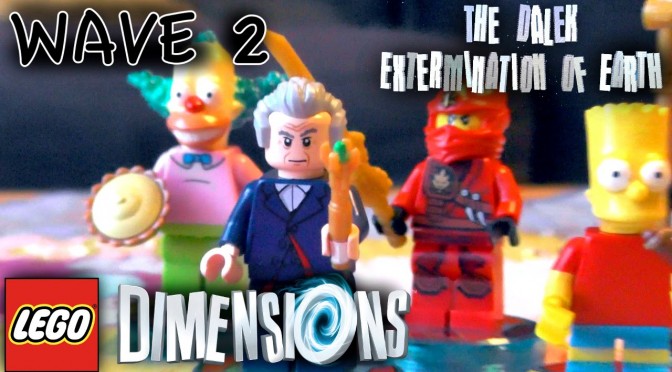 We unboxing of each of the Wave 2 Lego Dimensions expansion packs:

This comprises five packs based on Doctor Who, Ninjago, The Simpsons, and The LEGO Movie. These enable players to expand gameplay with Level, Team and Fun Packs.

The Fun and Team packs unlock characters and the open world for each related brand. The Level packs provide an additional level for the main adventure.

Along with these Warner have announced a new feature called “Hire-a-Hero” that enables you to try out Wave 1 expansion pack characters by spending studs collected in the game. Wave 2 characters coming soon it seems.

This is a welcome addition as it enables access to locked off areas without having to purchase all the physical minifigures — albeit in temporary fashion.

The big news of Wave 2 is the open up of the Doctor Who level and open world in the game. The new challenge is titled “The Dalek Extermination of Earth” and tasks the Doctor with preventing the Daleks from taking over London by traveling through time and space and even to the furthest extents of the galaxy.