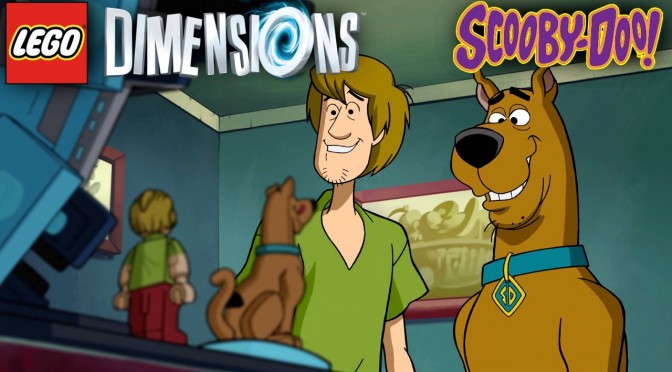 For Scooby-Doo fans that want to customize their LEGO Dimensions experience, it was also announced that a Scooby-Doo Team Pack which includes LEGO Scooby-Doo and LEGO Shaggy minifigures, plus a LEGO Mystery Machine and LEGO Scooby Snack, will be available at the launch of the Starter Pack.
Scooby-Doo and Shaggy each have their own abilities and the Mystery Machine and Scooby Snack can be physically built and then rebuilt twice for a total of three different objects that do entirely different things in the digital game for massive variety. Either character can also unlock the Scooby-Doo Adventure World, an open-world environment which provides additional open world gameplay content separate from the game’s main story which allows players to explore iconic Scooby-Doo locations, race, solve puzzles, and more.
All expansion packs provide gamers the opportunity to use every character, vehicle and gadget interchangeably, anywhere throughout the game. Players can bring up to seven toys into the LEGO Dimensions game all at once by placing them on the LEGO Toy Pad to create extreme gameplay cross-overs, such as Scooby-Doo piloting the Batmobile through Springfield!