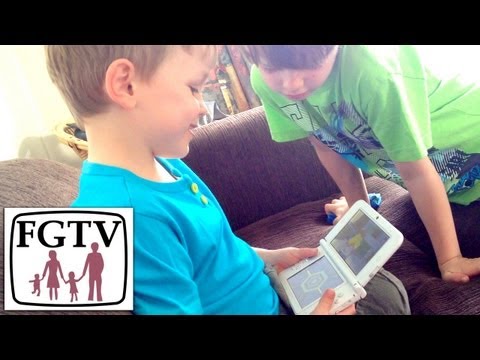 How to use the scanner while riding a car in Lego City Undercover 3DS, and find all the hidden outfit and costume disguise side-missions in each of the different world areas.
The kids discovered that you could ride on certain cars by jumping on top of them rather than getting in. This has the side effect of being able to use your scanner while on the go.
Also they discovered some very useful secret camera controls. By placing a thumb on the bottom screen you can look around the environment much like you would in a twin stick FPS, with the lower screen acting like the second stick.