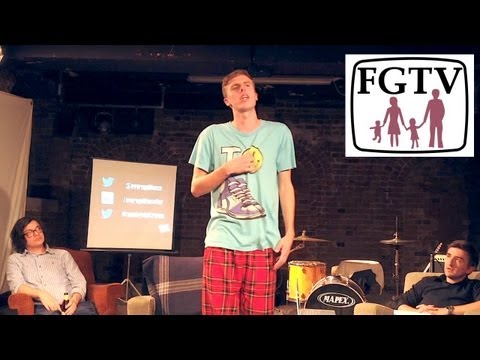 Old man sunshine was proud of his sun,
And it brightened his day to see his little boy run,
Not because of what he’d done,
nor the problems overcome,
But that despite that his disposition remained a sunny one.
It hadn’t always been like this.
There’d been times when he’d tried to hide his brightness,
Every star hits periods of hardship,
It takes a brighter light to inspire them through the darkness.
If we go back to when he was born in a nebula,
We know that he never was thought of as regular,
Because he had a flair about him – To say the Midas touch is wrong
but all he went near seemed to turn a little bronze,
Yeah this sun was loved by some more than others,
It was a case of Joseph and his dreamcoat and his brothers
Standing out from the crowd had its pros and its cons,
And jealousy created enemies in those he outshone
Such as the Shadow People.

Now the Shadow People didn’t like the Sunshine Kid,
Because he showed up the dark things the Shadow People did,
And when he shone he showed the places where the Shadow People hid,
So the Shadow People had an evil plan to get rid of him,
First up — they made fun of his sunspots,
Shooting his dreams from the sky, their words were gunshots,
Designed to remind him he wasn’t very cool
And he didn’t fit in with any popular kids at school.
They said his head was up in space
and they would bring him down to earth,
Essentially he came from nothing and that is what he was worth,
He’d never get to go to university to learn,
Only degrees he’d ever show would be the 1st degree burns
From those that came too close, they told him he was too bright,
That’s why no-one ever looked him in the eye,
His judgement became clouded and so did the sky,
With evaporated tears as the sun started to cry.

The sunshine kid was bright, with a warm personality,
but inside he burned savagely –
Hurt by the words and curses of the shadowy
folk who spoke holes in his soul and left cavities,
and as his heart hardened,
his spark darkened,
Every time they called him names it cooled his flame,
He thought they might like him if he kept his light dim
But they were busy telling lightning she had terrible aim,
He couldn’t quite get to grips with what they said,
So he let his light be eclipsed by what they said,
He fell into a Lone Star State like Texas,
And felt like he’d been punched in his solar plexus.

That’s when Little Miss Sunshine came along
Singing her favourite song
about how we’re made to be strong,
And you don’t have to be wrong to belong,
Just be true to who you are,
because we are all stars at heart.
Little Miss Sunshine was hot stuff –
The kind of girl when you looked at her you forgot stuff,
But for him, there was no forgetting her,
The minute he saw her her image burned in his retina,
She was out of this world, and she accepted him,
Something about this girl meant he knew whenever she was next to him,
Things weren’t as dark as they seemed,
and he dared to dream,
Shadows were nowhere to be seen;
when she was there he beamed,
His eyes would light up in ways that can’t be faked,
When she grinned her rays erased the razor-tipped words of hate,
They gave each other nicknames
they were ‘cool star’ and ‘fun sun’,
And gradually the shadowy damage became undone,
She was one in a septillion,
and she was brilliant,
Could turn the coldest blooded reptilian vermillion,
Loved by billions,
from Chileans to Brazilians,
And taught the Sunshine Kid the meaning of resilience.
She said:
“All the darkness in the world cannot put out the light of a single candle,
So how the hell can they handle your light?
Only you can choose to dim it,
and the sky is the limit,
so silence the critics
by burning.”
If eyes are windows to the soul then she drew back the curtains
And let the sun shine through the hurting.
In a universe of adversity two stars stuck together,
And though days became night their memories would last forever,
Whether the weatherman said it or not, it would be fine,
Cause even behind the clouds the kid could still shine.
The Sunshine Kid was bright, with a warm personality,
And inside he burned savagely,
Fuelled by the fire inspired across galaxies,
By the girl who showed him belief.
————