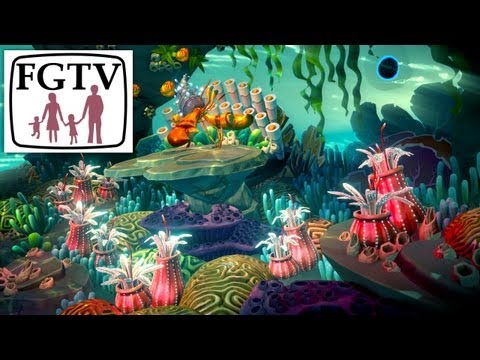 Disney Interactive have just announced a new dance game for Xbox One and Kinect on 360: Fantasia: Music Evolved. It combines beat-matching game-play with explorable worlds inspired by Disney’s Fantasia film and is being developed by Harmonix.

The game is set in Fantasia, and introduced by legendary sorcerer Yen Sid. Players are tasked with honing their musical and magical skills through a variety of rhythm action and exploration challenges.

The game is controlled entirely by Kinect, but the dance sections differ from Harmonix previous hands-free dance games Dance Central. Here the motions are more about gestures than specific dance moves. You can also use either hand to achieve them.

Fantasia: Music Evolved will include 25 songs including electronic DJ and producer AVICII, chart-topper Bruno Mars, and rock royalty Queen. In the songs players can change the mix in real-time, choose between different remixed versions and add new layers of music via music manipulators that allow them to change music in exciting and surprising new ways.

The track list has so far confirmed the following:

Fantasia Music Evolved is slated for a 2014 release and will be on the show floor at the Electronic Entertainment Expo next week.