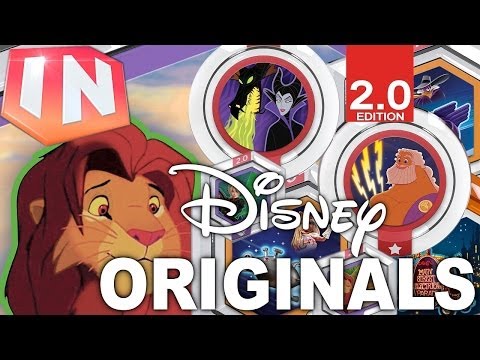 Here’s all the latest information on Disney Infinity 2.0.

Playsets
– Confirmed Playsets for Spider-Man and The Avengers.
– Rumored Playsets for Guardians Of The Galaxy with Star-Lord and Gamora characters.
– A limited number of Marvel characters can access multiple Playsets, currently: Nova, Iron Man (and it seems Nick Fury). No Disney characters can currently access multiple Playsets.
– Disney Infinity 1.0 Playsets can’t be used in 2.0, but you can import the toy elements into the Toy Box.
– Players complete Playset missions to unlock content for the Toy Box.

Toy-box Functionality
– 1.0 Toy-boxes can be imported into 2.0.
– Doors can be used to string Toy-boxes together.
– Interior spaces will be available to explore and decorate.
– Creator characters can now be deployed in the Toy-box to procedurally create specific components (for example tree houses, castles etc).
– Builder characters of different types can be deployed to add a variety of components to your Toy-box.
– Toy-box toys are earned through Playsets or bought through the toy shops with sparks you collect. No spin wheel this year.
– Toy-boxes can be shared directly with friends rather than having to go via Disney curation.

Toy-box Mini-Games
– Toy-box mini-games allow any combination of characters to team up to play pre-configured games of various genre types (tower defense, dungeon crawl).
– All Toy-box mini-game elements are available for use but the Toy-box games themselves cannot be edited.
– Toy-box game template pieces are available to make it easy to build games of specific genres (like racing).

Platforms
– Available on 360, PS3, Xbox One, PS4, Wii U, PC, Vita and iOS.
– Not available on Wii, 3DS/2DS.
– All existing Infinity Bases work on all platforms except Xbox One, which can’t use the related Xbox 360 portal.