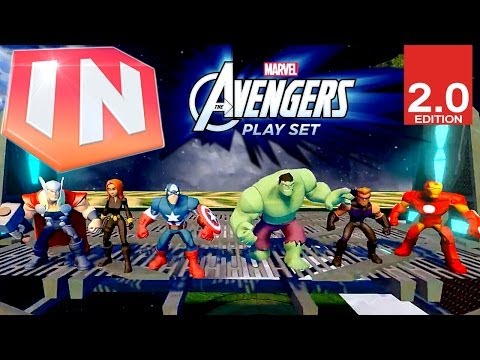 We spotted this new Disney Infinity 2.0 Avengers Play Set trailer online this morning and thought it would be fun to talk you through it. Here we get a closer look at this one play set and the digital character models of each Avenger Hero:
– Iron Man
– Thor
– Hulk
– Black Widow
– Hawkeye
– Captain America

We have a close up with the Starter Pack and Power Discs: