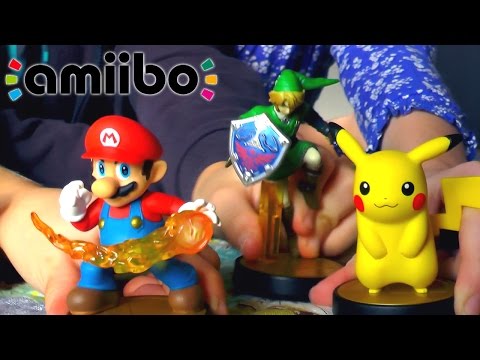 We have a look at the new Amiibo figures from Nintendo, on Super Smash Bros. Wii U and Mario Kart 8 Wii U. Seeing brothers and sisters playing the game together it’s interesting to see the different characters they are drawn to.

Along with playing through some levels of Super Smash Bros. together we also unlocked the Amiibo characters outfits in Mario Kart 8. Nice to have something like this that functions across different games.