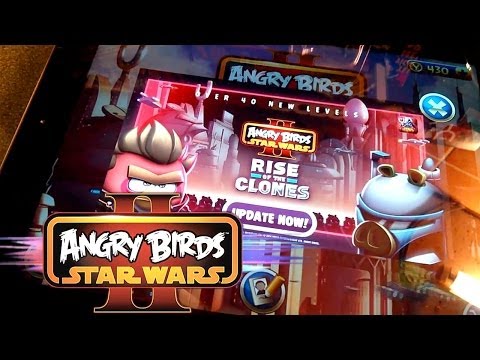 It’s been a while since we’ve looked in on Angry Birds Star Wars 2 after being consumed by Angry Birds GO! and Angry Birds Epic, but Rovio’s support for the game is ongoing, with the release of 40 new levels entitled ‘Rise Of The Clones’ and the Series 2 Telepods.

In this video we’ll look at some of the early light side levels in the game and show you what some of the Series 2 Telepods bring to the game as we take a close look at with Lando Bird, Jabba The Hutt, Jedi Knight Kit Fisto, the Royal Crimson Guard, some Ewoks and a Shocktrooper in action.