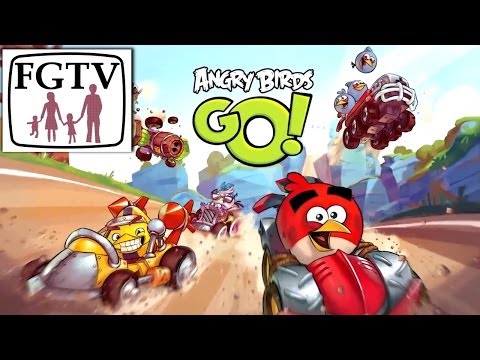 While news of a Karting title from Rovio in the form of Angry Birds had been in circulation for a while today saw the first in game footage and it certainly looks the part.

The game offers what looks like a traditional video-game karting experience, drawing on the likes of Mario Kart and Sonic Racing. Into this formula it injects not only the Angry Birds cast of characters but the new Telepods technology.

This ties access to characters in Angry Birds Go! to the toy Telepod Angry Bird figures that function in a similar way to Skylanders.