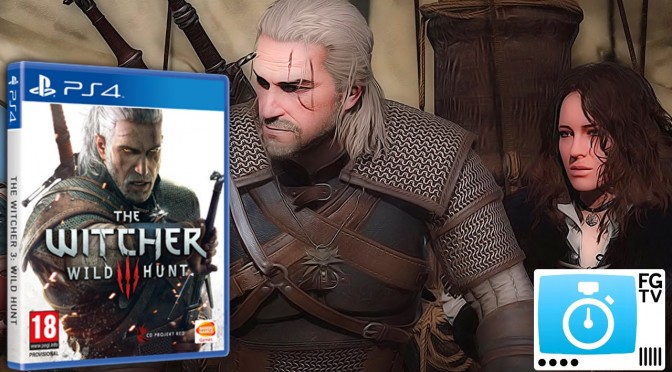 Family guide to The Witcher 3. From what makes this game great to what to watch out for here’s the ultimate 2 minute guide.

1. Genre
The Witcher 3: Wild Hunt is an action role-playing game. Its fantasy story is set in a large open world, with a main storyline to discover and lots of side quests for players to take on as well.

You play a character in third-person view who explores the beautiful and expansive world through day and night, sometimes on horseback, and fights enemies, some of which are fantastical, with a range of different weapons. You face choices that will change the story. Dynamic systems mean that different things will happen when the game world is in day or night time, and even that the main character’s beard will grow.

There is no multiplayer, as the focus is on the single-player story experience.

This is the first game in the Witcher series to have an open world. With that and its fantasy theme, The Witcher 3 is similar to Bethesda’s role-playing games like Oblivion and Skyrim, but unlike in those games, where players can customise their avatar, the protagonist has a set name and personality.

2. Story
The Witcher 3 continues on from The Witcher 2. Main character Geralt wants to eliminate the Wild Hunt. At the same time, the Empire of Nilfgaard is invading the Northern Kingdoms.

3. Developer
The games in the Witcher series are developed by a Polish developer called CD Projekt RED.

5. Duration and Difficulty
With its open world and dozens of quests, The Witcher 3 could keep players busy for 100 hours.

It has multiple difficulty settings, with the highest aimed at those with lots of experience with role-playing games.

6. UK Rating
In the UK and Europe, PEGI rates The Witcher 3 as only appropriate for those aged 18 and older for extreme violence, violence towards defenceless people, and strong language.
http://www.pegi.info/en/index/global_id/505/?searchString=the+witcher+3

The GRA expands on its PEGI details by explaining that the game “features very frequent gory violence”, with Geralt able to “dismember, decapitate, disembowel and cut his enemies in half during gameplay combat”. There are also gory scenes such as “a raven burrowing into a man’s eye socket and bursting from the back of his shattered skull, a man’s face melting and sizzling after being struck by a fire spell, men being gored by bears and more”.

The violence towards defenceless people includes “people being bound to and burnt at the stake, with graphic detail, and a baby being thrown into a hot oven – though it is later seen to be unharmed”.

Strong language includes frequent use of the “f” word and occasional use of the “c” word.

Throughout the game, Geralt can have sex with several different women, and while “the couples’ genitals are not visible during intercourse”, “there are other moments of full nudity”. There are also “several instances where sexual violence is graphically implied”, for example one scene in which “dead women are strewn around a bedroom, some of them naked”.
http://gamesratingauthority.org/pegi/search_aci.html

7. Other Ratings
In the US, the ESRB rates The Witcher 3 as M for Mature (http://www.esrb.org/ratings/ratings_guide.jsp), with content descriptors for “Blood and Gore, Intense Violence, Nudity, Strong Language, Strong Sexual Content, Use of Alcohol”. The ESRB also mentions sequences that “depict females’ breasts and buttocks”, and a side quest that sees Geralt play a drinking game, with characters “depicted drunk and/or passed out”.
http://www.esrb.org/ratings/synopsis.jsp?Certificate=33771&Title=The%20Witcher%203%3A%20Wild%20Hunt

Lobby group Common Sense Media rated The Witcher 2 as “not for kids” and will likely rate The Witcher 3 the same.
https://www.commonsensemedia.org/game-reviews/the-witcher-2-assassins-of-kings

8. Themes
While The Witcher 3 is set in a fantasy world, with an army of demonic invaders and a focus on mythical creatures and magic use, the story does cover recognisable themes such as political issues and interpersonal relationships.

9. Why people play:
Players like the games in the Witcher series because of the focus on storytelling and characters, and the world in which those things are based. The ability to explore the open world and to make choices that determine how the story plays out means that players get a rich experience that feels personal to them.