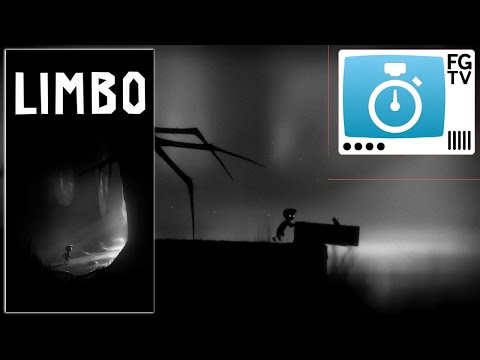 We’re here to tell you everything you and your family need to know about an Indie game called Limbo. From what makes this game so enjoyable to what to watch out for, here is your ultimate 2 minute guide.

Limbo is platforming puzzle game where players control a young boy to avoid fatal traps, make well timed jumps and run through a forest in the hopes of retrieving a lost sibling. The action is side-on and offers a two dimensional view on the murky world.

The story evokes horror imagery and the game is played in moody black and white with a rumbling haunting soundtrack. This tension is mirrored in the interactions that challenges players to solve environmental puzzles while carefully avoiding monsters and machines designed to kill them.

Limbo was originally released back in 2010 by developer Playdead, who are releasing a new puzzle adventure game next year called Inside, which is expected to extend the tone and theme of Limbo.

Limbo was first released on the Xbox 360, before being ported to PS3, Steam, Playstation Vita and iOS devices. The game’s content is identical across all of these versions.

Limbo is a single player game with a single path and little incentive to replay besides desire to revisit the atmospheric experience or returning to look for optional items missed the first time through. The game on average takes four to five hours to complete, although some more skilled players have completed it in closer to three hours. Those new to gaming may struggle with some of the harder puzzles, unless they have the aid of a guide.

In the UK and Europe PEGI (http://www.pegi.info/en/index/global_id/505/?searchString=limbo) rates Limbo as 16+ on Vita and 18+ on PC, PS3 and Xbox 360, with content descriptors for violence. While the Vita version’s PEGI rating classifies the violence as realistic looking, the violence in the other versions is described as extreme.
The Games Rating Authority (http://gamesratingauthority.org/pegi/search_aci.html) expands on the game’s 16+ Vita rating by explaining that it “contains frequent, moderate arcade style violence featuring depictions of decapitation and dismemberments”. They go on to note that “these are of a 2d silhouette of a young boy”.

In the US, ESRB (http://www.esrb.org/ratings/synopsis.jsp?Certificate=31192&Title=LIMBO&searchkeyword=limbo) rates the game across all platforms as Teen (13+), with content descriptors for animated blood and mild violence. ESRB break this down by identifying that the game is “rendered in black and white and the graphics are presented in a 2D side-view silhouette. Enemies throw fireballs, shoot arrows, or try to lure the boy into traps including giant boulders, saw blades, electric wires, spikes, and snapping bear traps. When killed, the player character gets flung around environments, impaled on spikes, or sliced into pieces. Black-and-white blood splashes accompany most attacks and death animations”.

Common Sense Media (https://www.commonsensemedia.org/app-reviews/limbo) gives Limbo a suggested age rating of 16+, citing “very graphic death scenes for the hero, a small boy”. They continue by pointing out that “although the game is shown entirely in gray scale, there are plenty of disturbing sound effects and traps — and it may be too much for young kids. Players don’t combat enemies but must avoid hazardous traps, which can kill them”. They also point out that the game features optional online high score comparisons on iOS.

Limbo is a game is about traversing a scary environment, attempting to stay safe from dangerous traps to safely continue travelling across the world. While the player does not directly inflict violence, they do occasionally use dead bodies to progress or kill enemy creatures. Players sensitive to abandonment or being lost will find the game triggers these real life memories. Spiders, and night-time terrors, drowning and decaying bodies will also cause stronger reactions in players uncomfortable with these themes.

Limbo is a beautifully atmospheric adventure with well balanced difficulty.

The story that unfolds throughout the game is open to interpretation and sparks a lot of discussion between those who have completed it. Playdead’s commitment to its black and white visual aesthetic, haunting sound-scape and unresolved narrative create an engrossing experience that lingers long after the game has been finished.